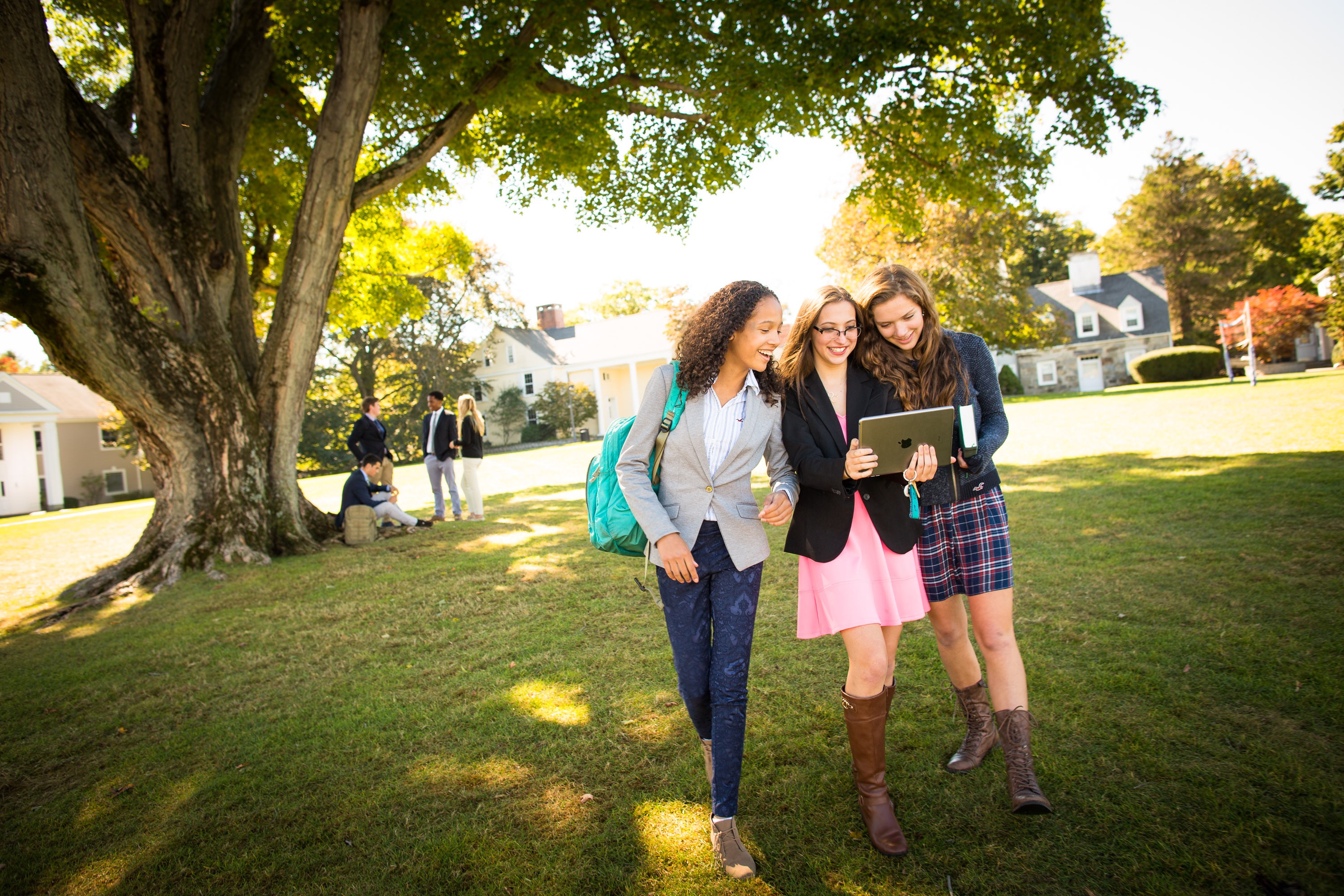 Collaboration. It’s what immediately sets Forman’s Ingenuity Program apart from any other long-term student project curriculum out there. This hands-on, student-focused program comes to life in a space featuring a “fab lab” (fabrication laboratory) with a 3D printer, new computers, vinyl cutter, milling machine, laser cutter, and an Epson Stylus Pro 9900. These state-of-the-art machines are simply the tools through which Forman students’ dreams are made palpable.

“Collaboration is an important part of the program that distinguishes it from a traditional independent study,” Ingenuity Director Chris Ford says. “At the beginning of each class, we go over where everyone is and where they are going with their projects. It’s been a joy to see; to have them get excited about each other’s work is great.”

The semester or yearlong course provides students with strong interests and talents the opportunity to bring their ideas to fruition. Students receive guidance from experienced faculty in planning, creating, and achieving their goals. In what Ford refers to as a “hotbed of innovation” that feels similar to a Think Tank at Google, he facilitates, but the students lead discussions. “I can help spark those conversations, spur breakout groups, and schedule meetings, but hearing from peers rather than a teacher is very valuable. Because it’s happening in a collegial, professional environment, they take advice more constructively as opposed to an informal gathering outside of school. These kids are taking one another seriously and rooting for each other,” he explains. Head Prefect Davis Ebbert ’16, who is working on an aftermarket airplane parachute design, values hearing others’ ideas: “I get to work alongside some of the smartest people I know. This has made me more willing to move outside my comfort zone and I now understand the importance of collaboration to achieve success.”

All Ingenuity students have access to a shared online whiteboard called RealtimeBoard and update it regularly. The beginning of each class is spent reviewing progress, checking off items that have been completed, and creating new deadlines. Whether focusing on product development, web design, the arts, computer programming, or even inventing a video game, participants in the program are eager to share their thoughts and give feedback. “When students are given the opportunity to productively collaborate, they rise to the challenge enthusiastically,” Ford says. “We have students in 2D and 3D animation using the two industry-leading software programs, Autodesk Maya and Blender. Some students have more experience in one or the other and give micro lessons in the subtlety of that software.”

One of these students is All-School President Cameron Boyer ’16, who is developing his own product utilizing the 3D printer for the rapid prototyping of his ideas to help inform size, shape, and function before moving into coding using a microcontroller. “While taking an online course at Delft University of Technology, I decided to make a product that would help organize someone’s routine,” Boyer says. “After the course, Mr. Ford and I combined our ideas and came up with Rutiini, a small LED box that will emit colored light and possibly sound during time frames. The visual cues at the end of each time frame will alert the user to when he or she should change to the next task.” The final product will likely be created using a laser cutter to make and engrave the box, and the milling machine to sculpt the box’s edges. It’s a perfect mix of work and play for Boyer, who enjoys moving at his own pace and striving to achieve his goal of a finalized prototype by May.

Although each Ingenuity learner is invested in a project that he or she enjoys, it can be hard work. “I was surprised that this wasn’t just an independent study,” Will Dietrich ’16 says. “Mr. Ford has guided me through it, given me deadlines, and reminded me to keep up with my blog.” Dietrich began learning piano halfway through his freshman year at Forman after a teacher gave him a music book as a gift, and now he is writing a sonata. He plays the instrument effortlessly, and ranges between a wide grin and a concentrated expression as he flips through the pages of his hand-written music composition. “It’s been a lot of fun, but also a big task,” Dietrich says of his work, which he hopes to culminate into three expositions, or movements. In addition to his guidance from Ford and personal efforts, the senior completed an online music theory course as part of the Ingenuity Program. This is the first time he has composed, and the results are magnificent.

Although the longest time allotted for each project is one year, some have gone beyond “assignments” and are extending into students’ future plans. Ebbert is a licensed pilot who is using 3D software to design a prototype for an airplane parachute system. “It will be housed atop the cockpit of general aviation (normally small/single engine) aircraft. The idea is that if the engine should quit in flight, the pilot will be able to pull the chute, allowing the plane to float down to land,” he says. Something similar was created by Cirrus Aircraft Corporation, but is only available if a person buys a brand new aircraft. “I want all general aviation pilots to have the opportunity to have this safety tool, not just Cirrus owners,” Ebbert explains. His hope is that he can also make his parachute maneuverable, so that a pilot could steer his or her plane to a safe area, rather than simply relying on the wind. Although Ebbert’s initial hope was to complete his work in May, he has been asked by prospective colleges to meet with entrepreneurial teachers and continue into higher education. “All of them have been very impressed by the program we have at Forman and the work I’m pursuing,” he adds.

Isabelle (Izzy) Lovejoy ’16 is studying dream research and how it relates to ADHD. “I was inspired to do this research because I think anything involving the mind is complex and interesting. I always wondered why I dreamt and how it came about,” she says. Lovejoy has been communicating with a scientist at the Central Institute of Mental Health in Mannheim, Germany, who studies the connection between dreams and ADHD, and has shared a survey of his from a research study, which she has incorporated into her work. Additionally, she is taking a Neuroscience course through HarvardX (Harvard University online) and she is now going to conduct a research study. “My favorite part of Ingenuity is being able to have the freedom to pursue something I’m interested in doing. This program showed me how to be independent, and showed me that since I am interested in this research, I can continue it into college,” she says.

The Ingenuity Program has grown to 30 students across multiple class sections, including five who joined mid-year. With these booming numbers and the incredible student successes, one might ask what has truly motivated the program to grow as much as it has. “The time we take during the academic day is unique; it’s conventional time used for unconventional talents,” Ford reflects. “Within this independent school paradigm, Forman has created a structure and owned this reality that the kids need this time. We often schedule so much of their time from breakfast and lunch, to dinner, that this is an opportunity for them to muck about.” Best of all, they are doing it together.

Get to know Forman’s Ingenuity students and view their projects at www.formaningenuity.org.