Within its compact borders, Connecticut has forested hills, new urban skylines, shoreline beaches, white-steeple colonial churches, and historic village greens. There are classic Ivy League schools, modern expressways, great corporate offices, and small farms. Connecticut is a thriving center of business, as well as a vacation land. It is both a New England state, and neighbor to New York City and Boston. 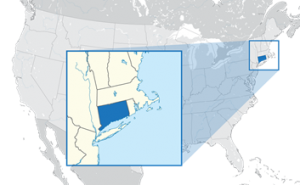 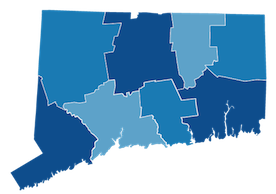 Above is a picture of Connecticut, including its 8 counties. See a list of the cities and towns in the state of connecticut

Nickname/Official Designation: “The Constitution State” was adopted by Act of the Legislature, 1959.

Population: The population of Connecticut was 3,574,097 according to the 2010 U.S. Official Census. The most recent population estimate from the Connecticut Department of Public Health is 3,596,080 as of July 1, 2013.